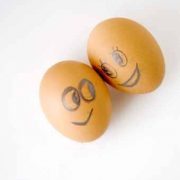 Going Down today in the USA.

Oral sex hasn’t always been acceptable to discuss in public. In 1997, the  Clinton – Lewinsky sex scandal shed light on the discrepancies that exist between oral sex and intercourse. The then 22-year-old White House intern kept in her possession a dress that still bore the semen stain that came from her giving oral sex to former President Clinton. Examination of both the semen sample and a sample of Clinton’s blood confirmed the semen came from the president.

However, Clinton denied allegations and recited the popular phrase: “I did not have sexual relations with that woman, Miss Lewinsky.” Meanwhile, in an interview with Barbara Walters, Lewinsky described her actions with Clinton as merely “fooling around.” Or, in other words, oral sex was just child’s play.

This scandal added to the misconception that oral sex is not real sex. Often young women are psychologically pressured into giving oral sex because they’re sold this story – that it isn’t really sex. Oral sex has evolved to be just as or even more common than vaginal sex among sexually active adults and teenagers, with it’s benefit of no pregnancy.

So, how did humans come to adopt this sexual behavior?

The Uprising Of Oral Sex: The Animal Kingdom

After all, when it comes to sex, we are all animals, according to a relationship and sex psychologist Dr Walfish.“When you look at people having intercourse, it’s all about movement, noise, grunting, pleasure, speed, and losing oneself to orgasm as animals do.”

The idea that “going down” on a man can help women prevent miscarriages sounds like fiction, but researchers suggest the science is real. A 2000 study found that with prolonged exposure to proteins in a mate’s semen a female’s immune system will acclimate to his sperm, as will a developing foetus. Women who regularly expose themselves to their partner’s semen, especially by mouth, help their immune system get used to the sperm.

In other words, because many of the “foreign” proteins in a woman’s immune system will come from the father’s genes in her body, her baby will be more likely to accept them with regular exposure. Typically, disorders during pregnancy stem from a woman’s immune system viewing a foetus as a “foreign body.” Although unconventional, swallowing semen could help carry pregnancies to full term, according to this study.

Perhaps oral sex doesn’t have an evolutionary purpose, or perhaps it does, but one thing that’s clear — once you relax and let go, you only have more pleasure to gain, and less to lose

Courtesy of  Medical Daily USA May 2016