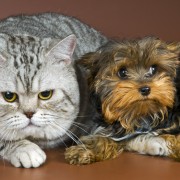 Foreplay and afterplay in relationships

We are familiar with the term foreplay – but who talks about afterplay?

What happens after sex in your relationship is as important as what precedes it – or even the act itself.

Many see penetration or the act of orgasm as the “point” of sex or the “main course”. If overly focused on these activities they can miss out onmany pleasures  not covered by these actions. Research states the time spent in penetration is only about 4% of the average sexual interaction, and for most people the period of orgasm is less than a minute’s worth of pleasure – a tiny percentage of sex.

So if that is our focus, we may be overlooking something?

The time taken to warm up the body’s arousal mechanisms, to connect with your partner and to allow yourself to relax into (and get aroused into) a physical and emotional state where you are ready to allow more intimate contact with another person is essential to good sex. Anticipation of the act is often at least as enjoyable as the act itself, so creating a good build up is important.

The ‘trust’ and/or ‘cuddle’ hormone – oxytocin

Whilst orgasm is great, it is in the minutes following sex that we can really alter our body’s experience and the impact it has on our relationship. In the post coital haze that follows a positive sexual encounter the body is awash with neurochemicals. Oxytocin (the bonding or “cuddle hormone”) is released during sex and helps us to feel connected with our partner.

Eastern philosophy has a poetic explanation for why men fall asleep faster than women. Woman is likened to water “slow to come to a boil and slow to cool down afterward.” Man is equated to fire, in that he is “quickly ignited and speedily extinguished.”

And the not so good hormone -‘dopamine

Unfortunately as well as oxytocin being released, dopamine is also produced and although this has a short-term positive effect (making the brain feel satiated and giving a short-term sense of well-being), its levels quickly reduce, leading to withdrawal symptoms and irritability. Some scientists argue that the reason we lose desire in long-term relationships may be because we come to associate sexual intimacy with the feelings of annoyance which can arise from low dopamine levels, thus causing us to avoid sex. Many people counter this by going out and finding new partners to feed their dopamine habit whilst avoiding the irritability feelings which may be put onto a regular partner.

So how do we counteract the emotional rollercoaster associated with dopamine? The answer is oxytocin. Although after orgasm levels of oxytocin begin to fall, you can sustain them by continuing to maintain close body contact, hugging and holding each other.

Hugs lasting more than 20 seconds have been shown to cause the release of oxytocin and oxytocin is directly related to our ability to bond with another person.

As well as increasing pair-bonding, increased levels of oxytocin have been shown to have multiple positive effects: lessening cravings and reducing addiction, lower stress levels, increasing sexual receptivity, speeding up wound healing and facilitating learning, lowers blood pressure. In fact, it seems to be almost a miracle hormone.

So if you want to maintain desire and deepen your relationship,

don’t let sex end right after orgasm. Hold one another and you’ll see the benefits blossom in your relationship.

The connection between emotions and the body is readily acknowledged. Every massage practitioner will tell you that frequently when you work on a body, the client may not only release physical tensions but also emotions. Emotions are also “felt” in the body.

When clients say “I feel sad/angry/joyful” I ask them how they know that they are feelings these things. The answer is almost always a reference to a physical sensation which they link to an emotion. For example, a client reporting that they feel sad will often state that they know they are feeling sad because of a heaviness or tightness in the chest. When experiencing anxiety, many people will report an unsettled feeling in the stomach or tightness in the throat and so on. We can easily see, therefore, that feelings are not only “felt” as emotion, but also experienced as sensation within the body.

The exact mechanism by which this mind-body correlate occurs has remained unknown. In the last few years however, the first signs of how this process may operate at a physiological level has begun to emerge. The key may be something called fascia.

The connecting tissue of body and mind – fascia

Fascia is connective tissue which lies around muscles, organs and other viscera. In fact, fascia surrounds pretty much everything in the body. Unlike muscles which have a specific function and which reside in a specific part of the body, fascia is like a web of tissue covering the whole body. If you’ve ever seen a chicken breast in a supermarket, the body of the breast (the muscle) is often covered with a white membrane of tissue. This is fascia. Fascia creates a continuous network of tissue throughout the entire body which responds to contractions, trauma or tensions within the body. You can visualise it like a balloon. If we squeeze one part of the balloon, another part will expand to accommodate the extra pressure elsewhere. So it is with fascia. This means that if tension is exerted on one part of the fascia it will be transferred throughout the entire network and “absorbed” by the network of fascia. This explains how damage in one part of the body may cause physical complaints in a seemingly unrelated part of the body. For example an injury to the leg can, after some time, cause pain in the shoulder or arm.

The question remains how does this connect with our emotional state? Understanding how fascia responds is the key to this puzzle. It is understood that muscles actively respond to tension. If they are under pressure they contract. It was long thought that fascia, however, was passively plastic – that is to say it had the flexibility to move when the muscle moved but it did not move of its own accord.

Recent research has offered a different perspective, and one which might be the explanation of this body-mind correlation with emotions. Research has recently understood that a certain type of cells within the fascia actually cause the fascia to contract or release. These cells are called myofibroblasts and they can actually alter themselves to alter the fascia webbings and the connections within it.

What is critical to this research is that myofibroblasts respond not only to mechanical tensions (e.g. contractions in surrounding muscles) but also to neurochemical stimuli. For example, these cells alter their state when oxytocin is stimulated. So could this be the answer to the link between mind and body when it comes to experiencing emotions? If for example, myofibroblasts cause fascia to relax and release tension when oxytocin is detected in the body’s system or if other neurochemicals may cause the fascia to contract this may explain the reason that we feel emotions in the body and not just as cognitive constructs.

Much further research is required before we fully understand the importance and role of fascia in our emotions. However, if this hypothesis is correct the implications for psychotherapy are significant. It might mean that addressing psychological issues without releasing the corresponding somatic (bodily) effects would be looking at only half the puzzle and therefore offer only a partial solution to emotional issues. It would also explain why bodywork therapies, such as Psychosexual Somatics, which address both cognitive and physiological aspects of emotion are so effective and offer such a powerful therapeutic mechanism. It would explain why such an integrative body-mind approach can offer a much speedier resolution to emotional issues than pure talk therapy. In time, our perspective on talk-only therapies may change and we may increasingly come to seek out psycho-somatic therapies which take both cognitive and somatic components of our experience into account.

For a free 10 minute phone conversation