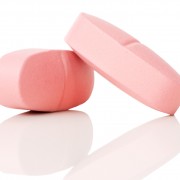 An excellent expose of the power of lobbying by the pharmaceutical companies to push the so called “Female Viagra”.

The Side Effects of “Female Viagra”:

Accidental injuries associated with central nervous system depression occurred more than twice as often in flibanserin-treated women as in the placebo group and 16% suffered from symptomatic low blood pressure.

In addition, flibanserin interactions with drugs commonly used by perimenopausal women, like birth-control pills and anti-fungals, lead to even higher rates of sudden unconsciousness, low blood pressure and dizziness.

It has not demonstrated an increase in sexual desire in any of the research studies. In the 2012 Daisy Study, over 1,000 pre-menopausal women were asked to record their libido levels in an eDiary.  No group showed a significant increase in eDiary desire score vs. the placebo group.

What they did report was a lessening of distress with their low libido. They were asked to rate their sexual encounters as satisfying or not. This drug was passed because women reported 1 more satisfying sexual encounter per month than they had experienced before.

Please consider that before the study they didn’t have any hope of having libido. With the study they were willing to have sex as a homework assignment…boom…libido barrier overcome and now they are having sex and grading the encounters.

This didn’t actually help their libido (as the study points out), it gave them homework… “have sex and tell us how it was for you”.

That in and of itself is one of the most powerful cures for low libido there is…be willing to experience desire after you start getting aroused. No side effects with that intervention and do you recognize the power of the placebo effect here?

ALL of the studies done on this drug have been paid for by Sprout Pharmaceuticals. Even then, the risks outweighed the benefits.

Taking the recommended dose of 100 mg every night is like drinking 4 alcoholic drinks. When combined with alcohol, oral contraceptive pills, anti-fungal medications, anti-hypertensive medications, and many other medications, this liver effect is potentiated by 7 times.

If Viagra was contra-indicated with alcohol, as Flibanserin is, I question if the uptake would have been so exceptional. (Christina’s insert)

It Does Not Address The Root Cause of Low Libido:

In the HURT Study (Healing Un-Resolved Trauma), 5 root causes were found to be the foundation of low libido in women (Ewers, K. (2014). An integrative medicine approach to the treatment of HSDD: introducing the HURT Model. Sexual and Relationship Therapy, Vol. 29 (1),42-55).

The 5 root causes are physical, emotional, mental, and spiritual—or found in her Libido Story® somewhere in her Libido Map®. For most women, there is a combination of root causes that creates the low libido she experiences.

Believing that a one size fits all pill will permanently alleviate such a complex issue is short sighted and potentially very dangerous.

It Masks The Real Problems

Offering a pill to women for low libido is really focusing on the wrong issue. Are all women engaging sexually for the same reasons? Is their desire limited to only sex? Is passion contained only in the sexual act? I have never met a woman in my clinical practice that would say yes to these questions.

The placebo effect is powerful. If women get a prescription from their medical providers for Flibanserin and rush home thinking that all of their desire and passion issues will be fixed, they will be sorely disappointed.

Self-awareness, self-confrontation, good (if not great) communication, healthy boundaries, proper self-care practices…these are all of the important ingredients for intimacy a one size fits all magic pill theory ignores.

And finally one more reason.

This marketing campaign that has been undertaken to target women who are suffering from a very real issue is insulting to women’s intelligence. It’s being marketed as “the pink Viagra”. Viagra is used for male erectile dysfunction, not male libido issues. Erections are about a physiological issue involving the penis. This is interesting to me that a company that sells a medication for female sexual desire would actually be that illogical in their marketing strategy. But the frightening aspect to all of this is that no one is pointing this out from the consumer side of things.

Yes, Viagra works to make a penis erect. The logic is that by pairing the word Viagra, which consumers have an immediate and fairly positive association with, with a drug that has nothing to do with penile erections and is unsafe, it will make female consumers feel safe and even hopeful that they now have their version of Viagra. 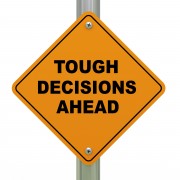 We experience the ‘urge to merge’ when we think we have found a date who will become OUR mate. We find ourselves in a state of euphoria, a head over heels adrenaline rush, driven in part by Mother Nature, wanting us to procreate and sending Hormones that hijack the Head and affect the Heart. This is the time we don our rose coloured spectacles, idealising the other, whilst concurrently projecting our best self – aiming to be both ‘interesting and interested’. If observed by some more wise persons they might assume we were riding along, head in the clouds AND on square wheels.

However this period usually lasts no longer than 12-18 months. It is for this reason that the last and very important chapter in my book ‘The Really Useful Grown-Ups Guide to Dating & Mating’ is titled Deciding. Whether it has been seven months or seven years you might one day wonder what you are doing with This Person In This Relationship.

There is a rhythm to the ending of a marriage just like the rhythm of a courtship – only backward. You try to start again but get into blaming over and over. Finally you are both worn out, exhausted, hopeless. Then lawyers are called in to pick clean the corpses. The death has occurred much earlier.

Erica Jong  How To Save Your Own Life

Some of us Drift along in relationships that are not really fulfilling, but they kind of work. Some of us Tolerate circumstances, possibly hoping things will change. Others Resent for a period of time, hoping it will get better, however, there is an old saying that you never stub your foot on a mountain, but, believe me, even small repeated resentments will become the Himalayas over time. Frequently couples wait to visit a therapist when they are at the Raging stage. Some want to discuss with the therapist whether the other’s intractability is at fault – and sometimes it might be. (There are Narcissists and Passive Aggressive personalities, to name but a couple, who can testing put it mildly,to cohabit with. The decision might then be do you resign yourself to living with the behaviour or do you leave?)

Whoops – we are off the rails

When the rose coloured spectacles do slip, and they almost always do, there can be the potential for disappointment on either-or both- sides. This can be the time couples, married or not, reassess their desire to cohabit. Once you Heart changes and you lose the desire to be in the relationship, its demise is almost inevitable, although your Head may well delay accepting that fact. Everything your partner now does may make you less happy, with insecurity, betrayal and anger creeping into your interactions.

This is often the time couples have a first visit to a relationship therapist or marriage guidance counsellor. Sadly though, much like a doctor cannot cure an incurable disease, a therapist cannot save a relationship when your heart has quit. While a therapist can help you examine your feelings only you can know your own emotions.

What do YOU really, really want?

In the book ‘Sacred Cows- ‘The Truth about Marriage and Divorce’ the authors suggest distressed couples examine their basic desires BEFORE seeking counselling. Imagine a Relationship Fairy appearing, complete with wand, able to fulfil your greatest desire about your current relationship. (Note – no wishes about money or eternal life – she is the Relationship Fairy after all!) No-one will know what you ask for so you can be totally honest.

Armed with your personal honest evaluation of your desires, you are better equipped to select the advice that best suits you. Or indeed to recognise that no self-help book, therapist or counsellor is going to save the current relationship.

Proviso Even when couples therapy might not bring resolution, don’t ignore therapy altogether – it can be beneficial in working through separation issues and ensure that patterns of relating are not being blindly followed with your next choice of partner.

Therapists, and the millions of self-help books out theretend to fit into various camps. There are those who wish to reduce conflict and/or rekindle romance, those who suggest you fake it till you make it, that you are selfish if you consider separating and so on and so on ad nauseum.. However, all the conflict resolution in the world, the empathic listening and sharing, the sensate exercises dutifully carried out won’t help if your partner doesn’t love you, has an incompatible sexual orientation, or a personality disorder that you cannot live with. You can waste much time and money and heighten your frustration.

There are counselors who believe in saving marriages at any cost. Is this what you want and if not it might be wise to ask up-front

‘Do you believe your role is to assist Robin and I to become happier people, or to save our relationship?’”

A good counselor will assist you to repair a damaged relationship if that is what both individuals desire. They will also help you to decide whether being in this partnership is the right thing, right now and into the future, for you both. And if you want your relationship to flourish – and not flounder because of sexual glitches – seek guidance from a professional sex therapist. Google “sex therapist + (my town) and you’ll get a list of qualified professionals working under a strict Code of Ethics. You don’t need a referral from a GP.

I wish you what you wish for yourself

As life expectancy increases and medical advances improve the health of many men, intimacy and sexual activity can and does continue into their later life.