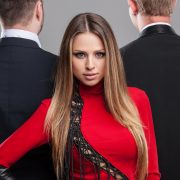 We in the Western world tend to enter relationships with bankers, landlords, employers having looked at, and agreed to, a contract that is “a voluntary arrangement between two or more parties that is enforceable at law as a binding legal agreement”.

However, we enter a form of relationship contract with our Other and assume, naively, that there will be commitment, love, trust and individuality in the relationship, YET the contract is rarely negotiated?

In fact most of us enter relationships without ever considering the intrapsychic conflicts that exist. We strongly desire intimacy yet want our autonomy; we want to be known by the Other and yet fear being really known; we want novelty in our sexual relations and yet we yearn for predictability.

Our unconscious sometimes finds a way to overcome these conflicts by infidelity or sexual betrayal. (Other more socially approved ways might be overworking, depression, overly enmeshed with parents/children, obsessive money making,etc).

There are different infidelities and they all impact.

The so called ‘emotional affairs’ where there is no sexual consummation doesn’t mean that there isn’t eroticism; it may also reveal the emptiness in the relationship, or the desire to feel attractive; however it also leaves the partner not understanding and feeling on the outer. This ‘affair’ almost always reveals truths that neither partner wants revealed.

Following an infidelity, when one partner usually feels betrayed, negotiating a true contract, whilst tedious and painful, may be a part of resolving an affair. It is critical to want to recover from the betrayal – and even this may take time.

For the ‘ betrayed’ there are still responsibilities. You are not entitled to revenge nor punishment. It is not OK to tell the kids, or the neighbourhood, nor is it OK to damage property, have a ‘revenge’ affair, harm the partner’s career or harm oneself.

For the ‘betrayer’ is there intended change and if so how, why, when and what? The betrayer is not required to divulge everything! They do require empathy, an acceptance of reality, and an allowance of time for the betrayed– particularly around sex.

In the contract what do you both, as betrayer and betrayed want in your renegotiated contract? In this you both need to be really honest or you are planting seeds for future dissatisfaction and alienation. Does one or both of you want to reconcile? Under what conditions? Is sex going to differ? Is there a joint vision of the future relationship? If you want to change how are you both going to create it? Why are you staying together?
You both need to own your contract.

If you would like to talk confidentially to Christina